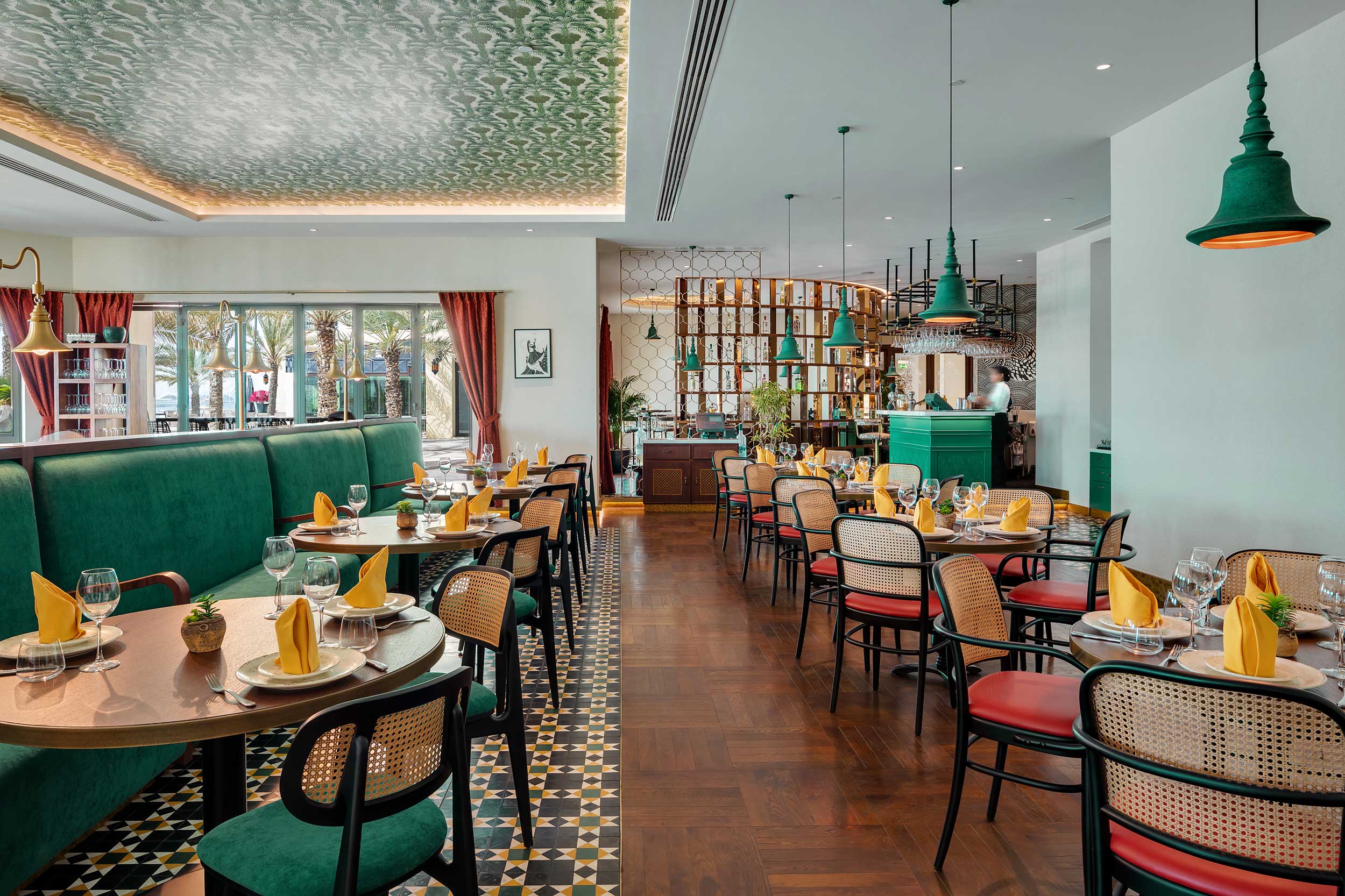 Publish by : Hospitality Design ,
Ushna—a staple of the F&B lineup at both the Madinat Jumeirah Dubai resort and the Souk, Qaryat Al Beri shopping mall in Abu Dhabi—has revealed a refresh by London- and Dubai-based studio H2R Design. Both locations blend classic Indian gastronomy with a contemporary flair to convey warmth and vigor.

“To uplift the overall experience, we used traditional timbers and paneling influenced by the colonial era, harmonized with the flavors of the Indian culture, through bold colors and patterns,” says H2R Design cofounders Hasan and Husain Roomi. “We’ve also taken into consideration the exotic opulence found in Indian interiors, such as layers of texture to provide a captivating atmosphere across both of the restaurants.”