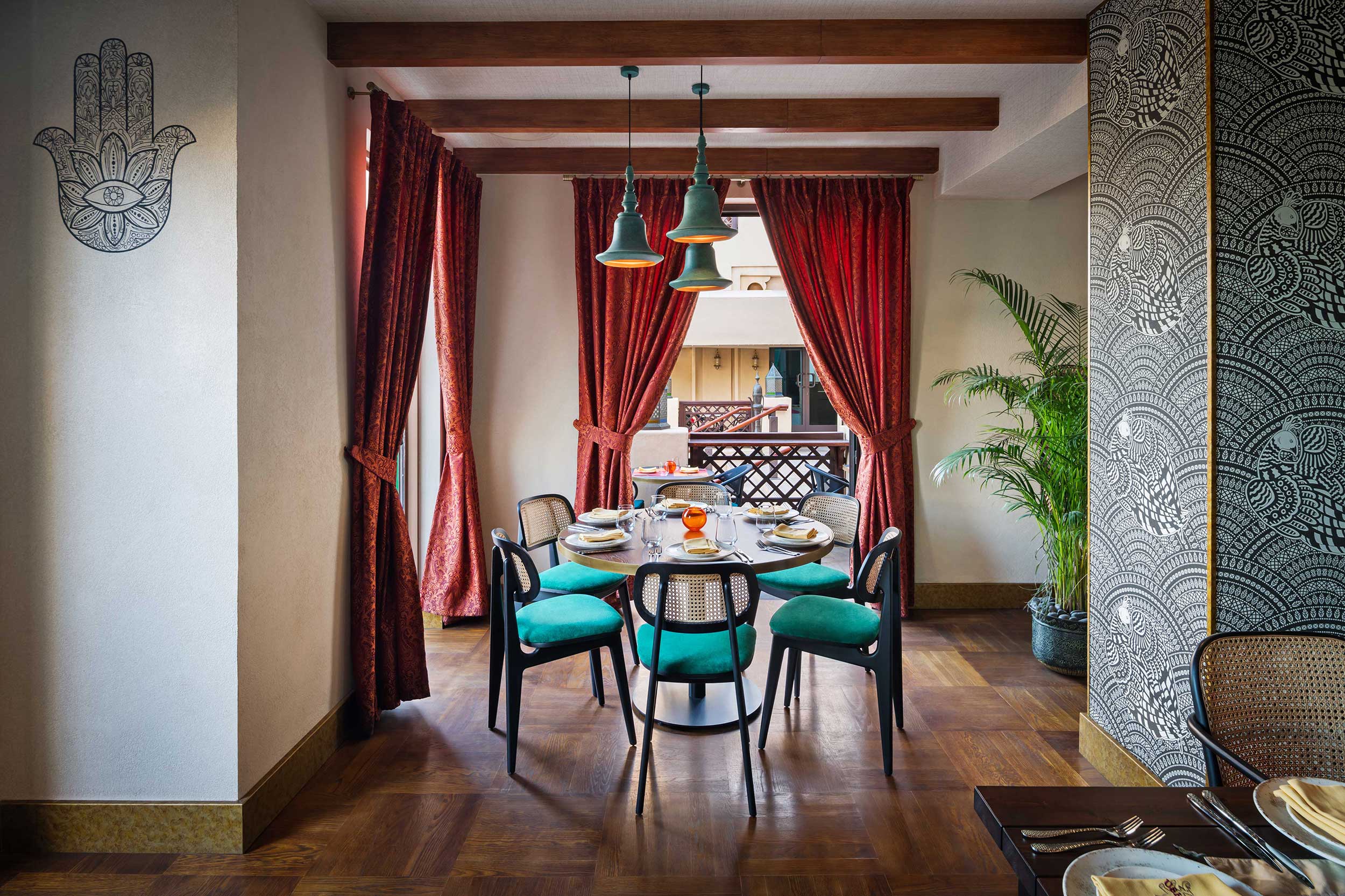 Indian restaurant brand Ushna has refurbished both of its branches, which are located in Abu Dhabi and Dubai.

The brand appointed H2R Design for the project, with a brief to enliven the look of the restaurants and to add elements of heritage and charm.

According to to H2R, inspiration for the project came from the idea of colonial design meeting traditional Indian cuisine. The agency has sought to reflect passion, warmth and vigour in the restaurant interiors.

“To uplift the overall experience, we used traditional timbers and panelling influenced by the colonial era, harmonised with the flavours of the Indian culture, through bold colours and patterns. We’ve also taken into consideration the exotic opulence found in Indian interiors such as layers of texture to provide a captivating atmosphere across both of the restaurants,” said Hasan Roomi, co-founder of H2R Design.

While the same theme was applied to both branches of Ushna, unique features were applied to each location to reflect their different attributes. Textures, rich colours and fabrics are similar at the two restaurants, and these include jewel-toned blues and greens, mixed with earthier tones for contrast. Deep red silky drapes, and seat coverings in turquoise and emerald green, have been chosen to stimulate the appetite, while accents of orange have been included to suggest warmth.

Soft surfaces and woody elements have been paired with metallics to establish a sense of balance. A paisley pattern debossing detail on the bar has been chosen to reflect the beauty of Indian artistry. A transparent bar gantry acts with the orange glass to create attractive reflections and refractions.

Indian art representing ancient or spiritual traditions is featured throughout both restaurants, and has been integrated into the structure of the interiors. Distinctive Indian geometric patterns have also been used extensively as a key feature of the brand, appearing in distinctive floor tiles around the bar area, among other places.

Pillows and fixed upholstery are embellished with vintage patterns, while walls have been decorated with hand-carved wooden panels, or painted with stencils, to create striking effects. The intention is to make diners feel as though they have escaped from the outside world into a lush haven.

Lighting has been chosen to flatter both customers and their food. Small Indian candle lanterns have been used as tabletop accents, to create an intimate atmosphere. This strategy has been extended to exterior dining spaces with the use of low-key lighting with wood and rattan shades, offering a holiday feel.

Vintage props, including a gramophone, rotary telephones, and horns have been used as decorative items around both sites. Contractor Arco was responsible for fitting out the sites, while furniture was supplied by Interior 360. Lighting was by Skylume.