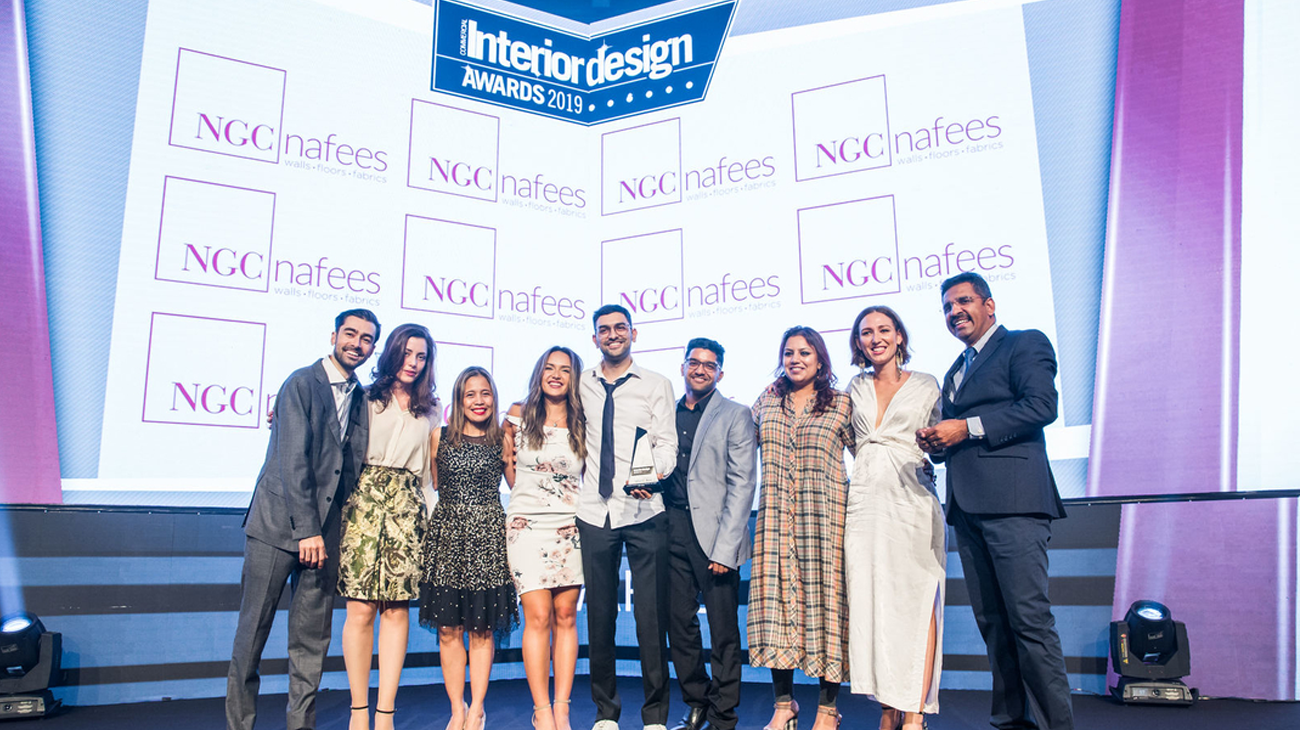 The practice has gone from strength to strength after establishing its presence in Dubai in 2014, working on high-profile projects such as the renovation of Egypt’s 1960s-era Al Alamein Hotel. It has also won praise for urban bistro Cassette in The Courtyard, Al Quoz.

Judges were impressed with H2R’s low key nature and team of designers focused solely on delivering impressive projects with care and precision.

“We have been attending and experiencing the CID Awards for the longest time and it feels amazing to finally win and it motivates us to get better and to keep on pushing and to do more,” said Hasan Roomi, co-founder of H2R, who runs the business alongside his brother, Husain.

“To win boutique firm of the year to us is special because its not just about the two of us its about the whole team and we wouldn’t be here without them,” he added.

Roomi also praised the strong level of talent across the design scene in the Middle East and how together they are “elevating the quality of design in the region”.

“I think we are finally showing the world that the Middle East has so much to offer,” he said.

Anarchitect was named the 2019 Highly Commended Boutique Interior Design Firm of the Year.

Contrasting elements collide at H2R-designed Rove at the Park